Vera and Frank Burgess, both aged 92, celebrated their 70th Wedding Anniversary at Link House Nursing Home in Raynes Park recently. The couple received an anniversary telegram from Her Majesty the Queen congratulating them on reaching their milestone and celebrated with a special dinner for two at the nursing home where they both live.

“We are delighted to share this milestone with Frank and Vera,” said Home Manager, Evelyn Repkovas “We’ve discovered that reaching your 70th Wedding Anniversary is actually very rare, with only around 30 couples per year or 60 people achieving this, making Vera and Frank one in a million!”

The couple met at their local dance hall where they enjoyed regular Saturday night dances and married aged twenty-three in 1949. They have two happy children, a son and a daughter and several grandchildren between them. 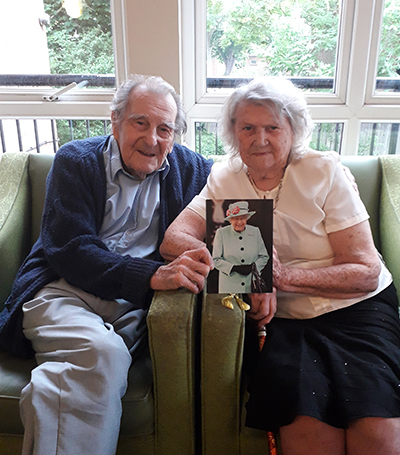 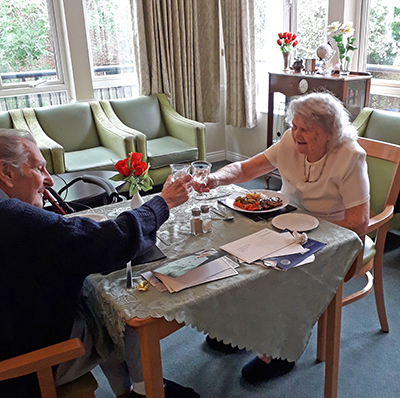 Over the years they enjoyed many happy family holidays and although they never had a lot of money, having a holiday was always important to them. They put their long marriage down to the family motto of ‘Family Comes First’.

“We always like the same things,” said Fred “when we saw our first house, we both knew ‘that’s the one’. When we started out, I had a motorbike with a sidecar for Vera and she’d put the baby on her lap! We then moved on to a car later and that’s how we were in life, we’ve had a good steady life together”.

Staff at Link House Nursing Home arranged a special celebratory lunch for the happy couple, where they raised a glass and toasted their anniversary. Congratulations to Mr & Mrs Burgess from all at Country Court Care! 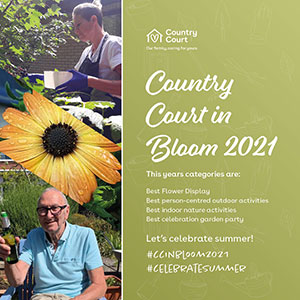 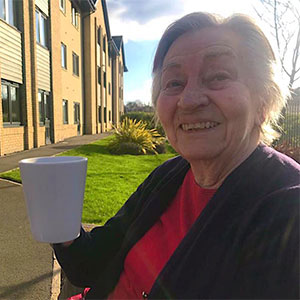