Lostock Lodge Care Home welcomed guest speaker Tommy Whitelaw to their home this week to talk about his campaign to raise awareness of dementia. Called ‘You can make a difference’, his talks at Lostock Lodge were attended by many local organisations including Admiral Nurses, Radio Northwich, Home Instead, Active Cheshire, Co-op Funeralcare, Age UK representatives, hospital workers, social workers and Occupational Therapists.

Home Manager, Jenny Jobber commented “We’d like to say a huge thank you to Tommy for making the trip to Lostock Lodge and spending the day here with us in Northwich. We feel truly blessed to have shared his inspirational talk and be able to help spread the message of ‘You can make a difference’ to those living with dementia.”

Commenting on the talk Kim Smith of Radio Northwich said “It was one of the most inspiring talks I have ever heard.  I met a lovely lady outside the building, we arrived at the same time and ended up hugging and in tears of emotion. Tommy you are one amazing and special guy”. 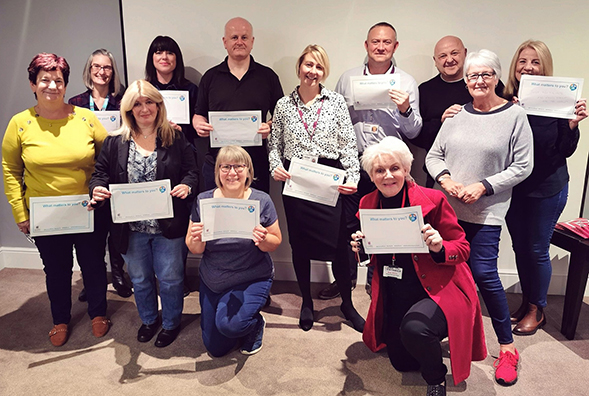 Others said; “It was a brilliant talk, his passion shone through,” another attendee said “Really inspirational”.

For five years Tommy Whitelaw was a full-time carer for his late mother Joan who had Vascular Dementia, and in 2011 Tommy undertook a walk around Scotland’s towns and cities to collect hundreds of life story letters detailing the experiences of individuals caring for a loved one living with dementia.

Since then, he has engaged with thousands of carers through his ‘Tommy on Tour’ blog and as UK Project Lead with the Health and Social Care Alliance’s Dementia Carer Voices project, conducting frequent talks to health and social care professionals and carer organisations across Scotland, to raise awareness of the impact of dementia on families and the importance of empowering carers in carrying out their difficult but vital role. The project’s ‘You Can Make A Difference’ campaign has now reached roughly 180,000 people across 900 talks, collecting 23,500 pledges to make a difference.

You can read more on Tommy's Blog: Tommy on Tour 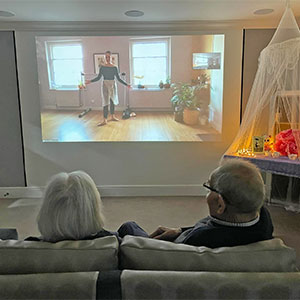 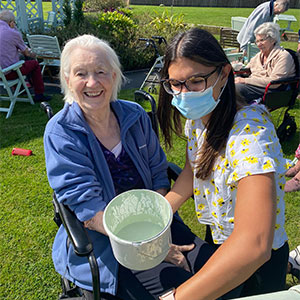