As part of Local History month, residents at Priory Court Care & Nursing Home have been enjoying reminiscing sessions with the support of their families and loved ones. The team at the Burnham-On-Sea nursing home asked families to send in photos and stories to help staff get to know people better and to use for reminiscing activities.

The initiative has produced fascinating stories and sparked many interesting conversations. The family of Margaret Reed, who recently celebrated her 111th birthday, shared stories of her growing up in Northern Ireland. Margaret was born on 20th April 1910 in Loughgilly.

“Margaret’s family have shared some fascinating stories about her early life.” said Wellbeing Coordinator Rachel Latimer. “We’ve learned that she lived on the top of a very steep hill, with no electricity or running water. Together with her three sisters and five brothers she attended a small village school, which was a six mile walk each way. Luckily for Margaret and her siblings their Grandfather was a cobbler, so the children all wore shoes to school which was quite unusual at the time. It’s hard to imagine that now.”

On leaving school, Margaret’s first job was in a small village called Market Hill. As a surprise on her first day of work her father gave her a bicycle to get back and forth, a great expense in the day. Coming home from work, she came around a corner too fast and ran into the local policeman, knocking him over a wall! 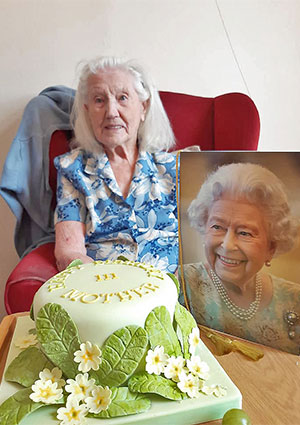 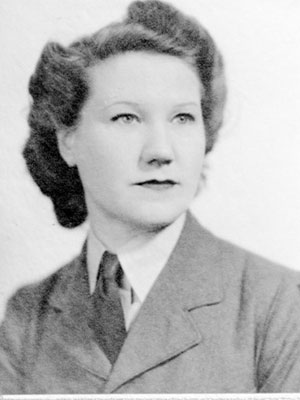 In 1942 Margaret joined the WRAF, of which is very proud, during one posting she was responsible for calling the Air Ministry every night to report the Station’s losses. At the end of the war, she was stationed at RAF Farnborough, and at the time was one of the first people to sit inside Goering’s private plane that had been captured and flown back to England.

In September 1945, she Married Donald Reed and moved to Leedstown in Cornwall where Donald worked for the Electricity board. Their son David was born in 1947. To make extra money she would pick daffodils and primroses in the fields, bunch them and send them up on the overnight train to the flower market in London. In 1955 the family moved to Bristol and for 5 years Margaret worked at BAE Filton, home of Concord.

In the mid-1960s they moved to Weston-super-Mare, where Margaret ran a Bed and breakfast. She was always a great cook and renown for the extra-large cooked breakfasts.

Margaret’s son David commented “Margaret is not only proud of her Irish roots but also of her Cornish connection and in later life she loved going back to visit. She now gets a birthday card from the Queen every year and a letter and medal from the Irish President. As far as we know my mother is the 7th oldest person in the UK”.