Ronald Thompson, resident at Lyle House Care Home in London, had a fantastic trip to the world-famous Wembley Stadium as part of the Country Court Care ‘Make a Wish’ initiative. Home Manager, Jutta Staude, was tasked with asking each resident what their wish would be; a life-long football fan Ronald immediately said he’d love to go to Wembley to see a football match.

The team from Lyle House Care Home in Wandsworth took to the task and not only managed to arrange tickets for a football match, but to the showpiece event of the season - the FA Cup Final match between Manchester City and Watford. Ronald visited Club Wembley, the VIP section of the Stadium, to witness Manchester City win an unprecedented domestic treble in a thrilling six-nil final.

“We had a fantastic day, the team at Club Wembley treated Ronald very well” said Care Assistant Joao, “He loved every moment of it, we couldn’t have chosen a better match for him to go and watch”. 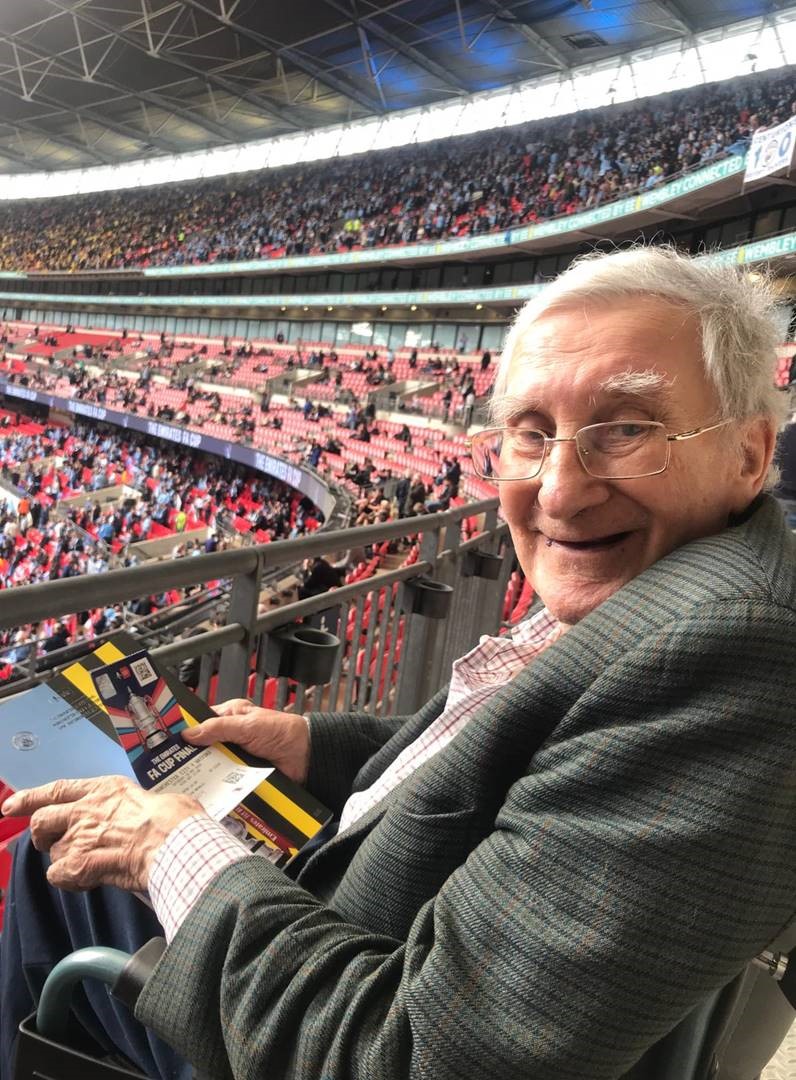 The ‘Make a Wish’ initiative has seen residents from across the Country Court Care group enjoy special outings and activities; from scoring goals at Sheffield United, to off-road driving and having family tea parties.

“Our ‘Make a Wish’ initiative is part of our wider pledge to provide meaningful opportunities for our residents on a daily basis. By getting know each person individually we can not only meet their daily care and well-being needs but also take the opportunity to make these special days happen for people” said Jutta Staude, Home Manager at Lyle House Care Home.

Lyle House Care Home provides residential and dementia care for up to 34 older people in Roehampton. The Care Home is currently undergoing an extension and refurbishment program which will see luxury lounge and dining areas and 15 new en-suite rooms available from July 2019. For more information about the home please contact 020 8878 3806.