Keith and Doreen celebrated their 60th Wedding Anniversary at Fenchurch House Care Home in Spalding recently. The couple enjoyed a day of celebrations with their family to mark the milestone anniversary including a beautiful meal provided by the hospitality team at Fenchurch House.

Keith and Doreen first met at the Gliderdrome in Boston and found that they shared a love of dancing, both of them were very good at jiving! They married in Deeping St Nicholas on 30th June 1962 where they raised their daughter and spent time with their friends. Keith had various jobs, but spent most of his working life at local manufacturers, Perkins Engines. Doreen started off working in a shop and then on to Geest Line, a shipping company.

“We are delighted to share their Diamond Anniversary with Keith and Doreen and their family. The team at Fenchurch House went above and beyond to make their day special for them,” said Home Manager, Nike Ajewole.  “We’ve discovered that reaching your 60th Wedding Anniversary is actually very rare, with only around 1% of married couples achieving this, making Keith and Doreen one in a million!”

Fenchurch House in Spalding is a modern and luxurious home, with a warm family feel. Led by kindness, compassion and dignity, the dedicated staff at Fenchurch House, provide the kind of care we would want all of our loved ones to receive.

For more information about Fenchurch House Care Home or to make an appointment to view the home please contact Oliver Parker, Senior Customer Relations Manager on 07540 412 871 or email oliver.parker@countrycourtcare.com. 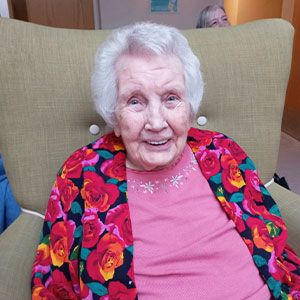 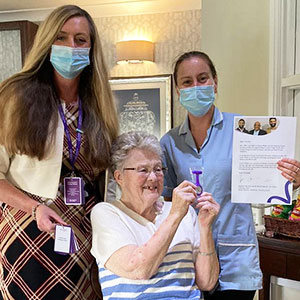 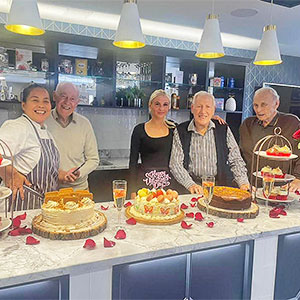