Staff and residents at Lyncroft Care Home in Clarkson Avenue celebrated with resident Leslie Maleham who has been awarded an Honorary Degree from York University.

Leslie is ninety-three and has lived at Lyncroft Care Home since 2019. After completing his National Service, Leslie applied for and was accepted on, a teacher training course at St John's College, York, where he studied from 1949 - 1951. In those days, teacher training was a two-year, non-degree course, ending with a Certificate of Education.

Last year, St John's College (now part of York University), decided to recognise the academic effort that went into the Certificate in Education and the hard work that former students put into their course.

The Honorary Degree celebrates the impact that former students such as Leslie made in educating and inspiring thousands of pupils. Leslie went on to become Headmaster of The Gordon Fendick Junior School in Wisbech. 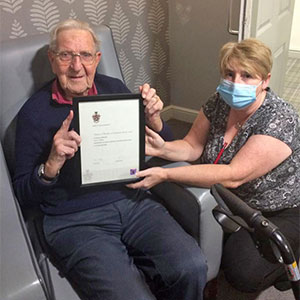 “Leslie is delighted with his Honorary Degree.” Said Home Manager, Brenda Durrington. “It will take pride of place in his room here at Lyncroft. We are always keen to recognise and celebrate the achievements of our residents and hear more about their life stories. Understanding people’s lives and careers helps us to get to know them better and provide the highest standards of person-centred care that we strive for at Lyncroft.”

Lyncroft Care Home is part of the Country Court Group, a family-owned and run business founded in 1983, with the company philosophy “Our family caring for yours”. Lyncroft, which has been Covid free throughout the pandemic, provides family-led residential and dementia care for up to 52 people and is rated ‘Good’ by CQC. 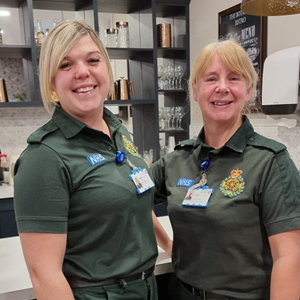 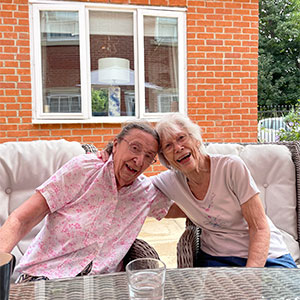 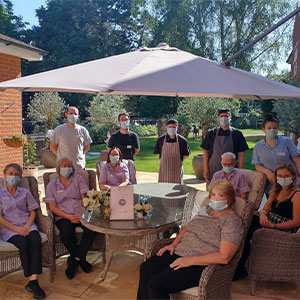