To help celebrate the 150th anniversary of Walberton Cricket Club, Walberton Place Care Home put out a call to find the oldest former players and invite them to lunch at the care home. Steve Lockwood, Brian Bailey and Brian Varney all octogenarians, answered the call and were invited along with their wives to enjoy lunch in the Walberton Place bistro.

On the menu was braised 6oz steak cooked with a brandy and peppercorn sauce served with tender broccoli and horseradish mash. Dessert was a dark chocolate tart served with Chantilly cream, all was prepared freshly on site by chef Sergio Terrasini.

The players made the most of the opportunity to share lots of great stories and memories about Walberton Cricket Club. Steve Lockwood, 80, current President of the club started playing in 1949. His most vivid memory from his 70 years at the club is how he was once knocked out by a ball which a few millimetres lower would have killed him. As in all cricket teams, the players had their nicknames; Brian Bailey, 80 was nicknamed ‘Biffa’ Bailey because he would come in late on in the innings and attempt to whack the ball everywhere. Brian Varney also 80 years old was nickname ‘Buckets’ because of the size of his hands! 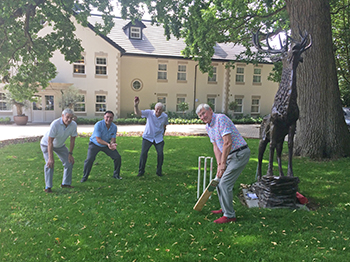 The pitch at Walberton had a big Elm tree situated on it and they all remember fielding underneath it, if you caught the ball after it fell through the tree it was deemed not out!  The players remember the ‘beer match’ being very popular as the winning team would receive a Gallon of beer. They also remember the trials of travelling to away matches, it would cost 2 Shillings on the South Downs bus for away matches, one ground was so unheard of even the bus driver couldn’t find it!

“After lunch, they enjoyed a tour of the home which left everyone very impressed,” said Customer Relations Manager Peter Rolt “In fact, you might say they were ‘bowled over’ by Walberton Place!”

The South Downs area is thought to be the birthplace of cricket with the neighboring village of Slindon recording shepherds playing a version of the game on Slindon Common as early as 1741. By 1892 Walberton was enjoying regular games with Slindon and village records show that the club became an important part of village life. 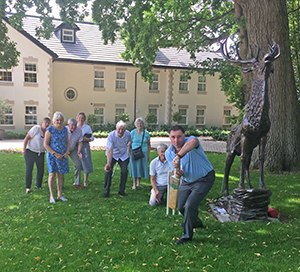 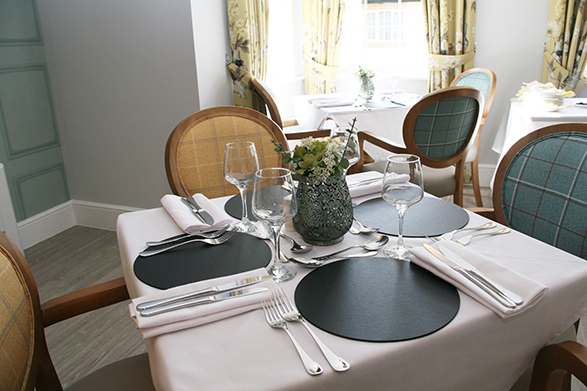 Over the years the club thrived until the war years when many players were called away for military service. By 1948 the club had started up again and one of the leading supporters was Roy Jackson and his wife Joan. Roy was a player, captain, chairman, and president until he passed away in 2018. Joan made tea for the players for 55 years and both were involved in the club for 70 years. Both he and his wife Joan were fondly remembered by the players during their lunch.

For more information about Walberton Place, to discuss your care needs or to visit the home please get in touch on 01243 551549 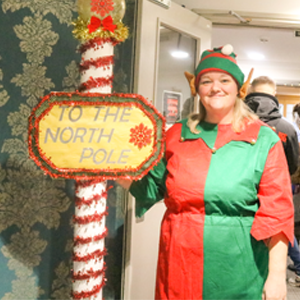 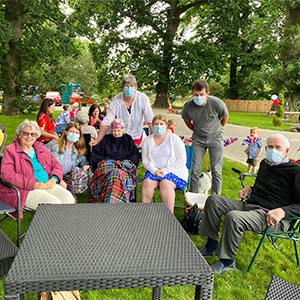