This site uses cookies to store information on your computer. Some of these cookies are essential to make our site work and others help us to improve by giving us some insight into how the site is being used.
Accept and close
Back to News and Events

Dedicated staff at a local care home in Wisbech have worked hard to help a resident relive his equine background with a trip to spend time with heavy horses in Norfolk. John Ward and his family have a long history of farming and is a well-known figure in Wisbech and the shire horse world, so when staff at Lyncroft Care Home heard about his history, they were keen to help him relive some of his experiences.

As part of their ‘Make a Wish’ initiative, the team at Lyncroft arranged for John to visit Broad Farm in Norfolk, where he spent time admiring their collection of heavy horses and told staff all about how his family had bred similar animals, showing them at agricultural shows across the country.

“John had a fantastic day and enjoyed a hearty lunch in the pub on the way home too.” said Home Manager, Brenda Durrington “He’s been talking about it ever since. It’s so important for us to facilitate trips like this so people to retain links to their past. It’s been fascinating to talk to John and hear how knowledgeable he is about farming and shire horses”. 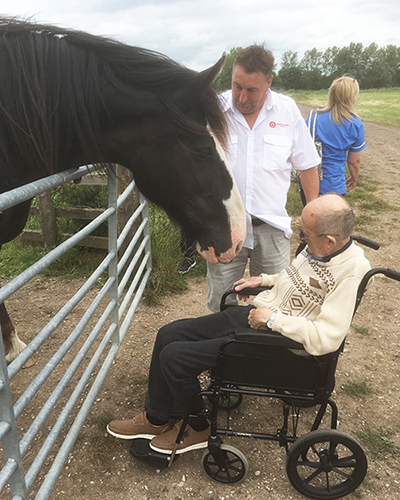 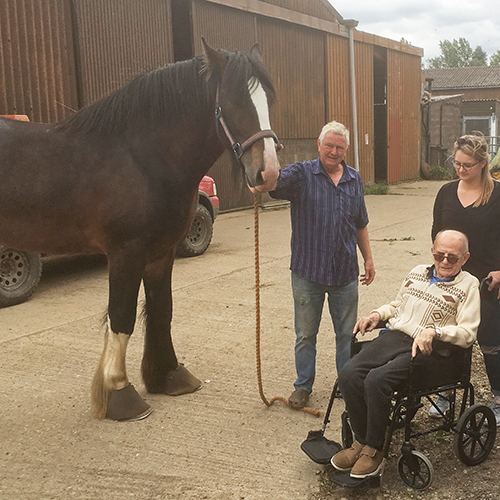 ohn Ward farmed 400 acres of cereals, sugar beet and rape with his brother Graham at Decoy Farm in Gorefield. When his father first started farming at Decoy Farm shire horses were the working units of the farm operations. After mechanization seemed to doom the breed to ‘extinction’, the Ward family retained their loyalty to the magnificent animals, breeding many championship winning horses.  John was appointed Field Officer of the National Shire Horse Society in 1992 and became a key in establishing the Society in England. Being of small stature he became fondly known as the ‘Little Big Shireman’, as together with his wife Pam, John was a well-known figure at Society and agricultural shows and the ‘go to person’ for any questions or problems. He and his wife continued to visit shire horse shows across Europe after he retired as Chief Steward, continuing to be the face of the English Society.

His work with the National Shire Horse Society gave him the opportunity to meet Her Majesty the Queen and His Royal Highness Prince Charles when they visited the Shire Horse Society’s centenary show at Alwalton near Peterborough in 1978. John was also Chairman of the East of England Show showjumping committee and member of the Fitzwilliam Hunt at Peterborough. He was Chair of the Wisbech branch of the National Farmers Union in 1983 and dealt with issues of the day which included straw burning and the impact of the CAP (Common Market Agricultural policy).

Country Court Care’s ‘Make a wish’ initiative has seen residents from across the care home group fulfilling their dreams and enjoy special outings and activities; from scoring goals at Sheffield United Football Club, to off-road driving and lots of family tea parties. 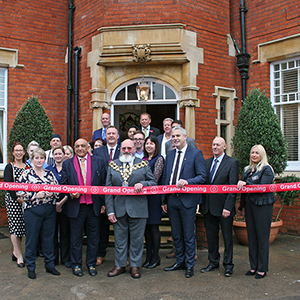 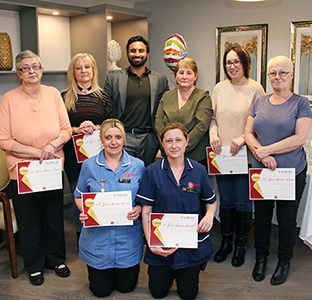 Lyncroft Care Home shake it up with Bar & Beyond mocktails! 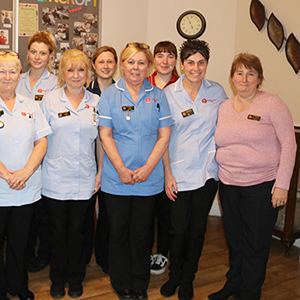