Chef Neil Standish has been selected as a finalist for prestigious a Care Home Chef award at the regional 2020 Great British Care Awards. Neil has been the Chef Manager at Somerset House Nursing Home in Wheldrake near York since 2000 and has been nominated for his high standards and creative approach. The Great British Care Awards are a series of regional events throughout the UK and are a celebration of excellence across the care sector. The purpose of the awards is to pay tribute to those individuals who have demonstrated outstanding excellence within their field of work.

“We are delighted that Neil has been selected as a finalist at the GB Care Award in the Yorkshire and Humberside Region,” said Anwar Kajee Head of Hospitality at Country Court. “Neil has been a dedicated member of the staff team at Somerset House for over twenty years, he continues to come up with creative and innovative ways to keep our residents looking forward to their next meal. We are delighted that his commitment and talent has been recognised”.

Neil began his journey in hospitality working at one of the biggest hotels in York. Over many long split-shifts, he worked his way up to Sous Chef. After four years we he felt it was time for a change and moved to Lanzarote to work in a bar. On moving back to the UK, he got a second chef job in a boutique hotel and restaurant, and after a few months was promoted to Head Chef. In the summer of 2000, he was approached by the owner of Somerset House Nursing Home at the time who was impressed after sampling Neil’s cuisine at the hotel. Twenty years later he loves being part of the family at Somerset House.

Commenting on his role as Chef, Neil said “Every day is different, we treat all our residents as individuals and that goes for their catering preferences too. I’m delighted and honoured to be selected as a finalist for this award, I love my job and I hope that shows in my cooking”.

The winners of the Yorkshire and Humberside Region Great British Care Awards will be announced at an awards ceremony in July 2021 at The National Railway Museum in York.  Country Court wishes Neil and the rest of the nominees the very best of luck.

For more information about Hospitality and Catering at Country Court please contact Anwar Kajee on 01733 571 951 or email careenquiries@countrycourtcare.com. 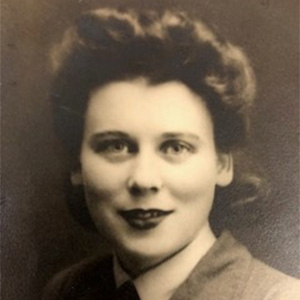