As with many events this year, Remembrance Day will be celebrated very differently. Country Court Care Homes are keen to ensure people can mark this special day in a way that is meaningful to them. Care Homes across the group have been busy with remembrance themed activities such as making poppies and wreaths, this has sparked much reminiscing and conversation between staff and residents.

To help us mark Remembrance Day 2020 we’ve create a roll call of just a few of the many veterans in Country Court Care Homes, both residents and staff members who served in the Armed Forces during World War Two and in more recent conflicts. For many residents, especially those living with dementia, their memories are not quite what they were, but their pride in their country shines through in their words.

We would like to take this opportunity to say thank you for your service and to all those who lost their lives serving their country: We will remember them.

Born in 1927 James served in the Irish guards for 22 and a half years.  He completed his basic training in Surrey and was selected to be a tank driver because he was too young to go into action against the Germans.  In 1945 he was posted to Palestine, returning in 1948 to become an instructor at the Caterham Barracks. By 1965 at the age of thirty-five James was a Sergeant Major, he has received six medals for his service in Palestine, Egypt, Caterham and the forces. James is very proud of his achievements, now at age ninety-three his room, clothes and appearance are always immaculate, and his shoes polished! 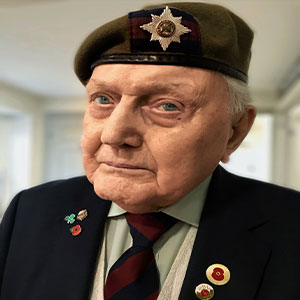 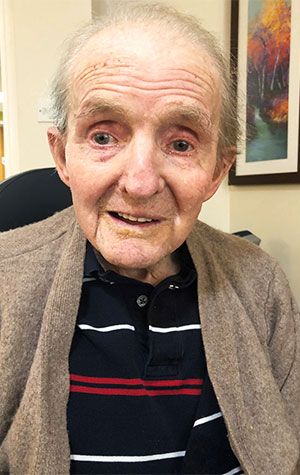 Ron was born in Great Ponton, near Grantham, on 24th September 1920 to Mable and George and is the third of six children. He has many nieces, nephews and godchildren and Ron is proud to be everyone’s favourite uncle. Ron joined the Territorial Army and when the Second World War broke out, he was sent to join The Lincolnshire Engineers Regiment. Ron considers himself to be one of the lucky survivors, rescued in the 1940 Dunkirk evacuation.

Speaking about his experiences he said, “We travelled hours, being shot at on the way to the beach. I stood in the water with my gun above my head for hours awaiting rescue”. Unfortunately, the rescue was not successful, he was being shot at and was ordered to get back on the beach and dig in. Wet and cold, it was another 24 hours before he could try again. This time he was successfully rescued and collapsed exhausted, unable to remember a thing of the boat trip back to England which took place on the final night that boats went to Dunkirk on their rescue missions.

Bertha Hall, aka W276015 Private Hall B.D, served in the British Army between 1943 and 1946 in England, The Channel Islands and Germany. Bertha spent her 21st Birthday on a troop train from Germany, she said it was a small celebration, but they did have some ‘Natty Lemonade’. Bertha was awarded Defence and War Medals.  Read more about Bertha here. 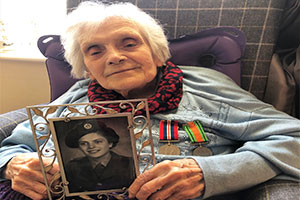 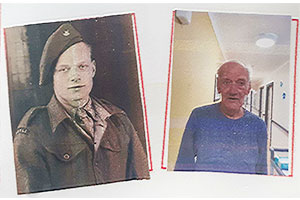 Ernest is ninety-six, he joined the army in 1941 aged just seventeen and a half. He served in York and Lancaster regiment in Germany where he was regularly on guard duty and also a dispatch rider. He later joined the Royal Marchant Navy. Ernest says his job was to “Keep ship clean and try to avoid captain as he always found them something to do”.

Joseph joined the Royal Navy when he was seventeen years old and served as an Able Seaman for seven and a half years based on ships in the Mediterranean Fleet.

As well as keeping the ship clean, he was a watch keeper working 24 hours on watch then 24 hours off. 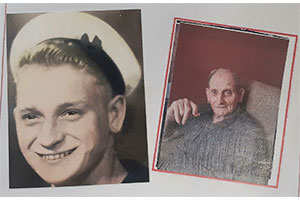 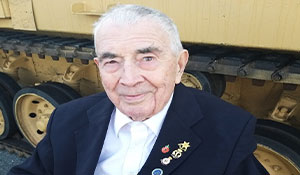 Charles was born in 1922 and joined the Royal Navy at a young age, serving as a Navigator he travelled the world as a Navy man.

He is now 98 years old and has fond memories of his service.

Robert George Roberts was born in 1926 and served in the Army between 1939-1945 in England, Germany and Palestine. He received 3 medals in total and remembers receiving one of them from Her Majesty The Queen. Robert enjoyed serving in Germany and loved to go site-seeing, he managed to learn the language and still remembers some of the words, he sometimes sings in German. 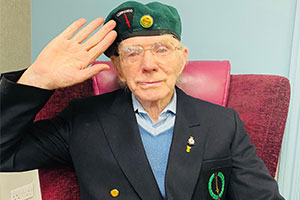 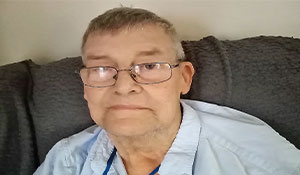 Michael joined the Navy in 1967, his job role was a 'fleet airman'. He served in Singapore, Hong Kong and Australia.

When he was not working, he partied! His favourite song in the navy was 'I am sailing'. He also enjoyed playing football and hockey onboard.

Andy is eighty-three and thoroughly enjoyed his time in the Navy where he served as a 'Seaman'. He joined in 1956 and served for ten years.

Andy served his country all over the world and remembers there were around 2000 people on the ship and he had lots of wild parties. 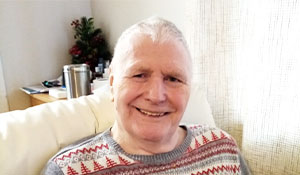 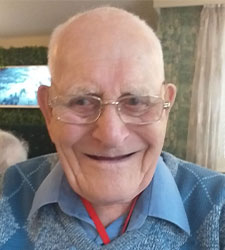 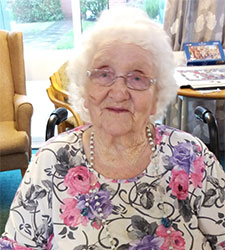 Joan is ninety-one and was a staff nurse at St George's hospital in Lincoln. Joan did shift work and was on nights for 15 years looking after prisoners of the war.

Bill is a D-Day Landing Veteran and served with the Glorious Gloucester Regiment. Read more about Bill here.

Brenda Smith was recently awarded a 'Recognition of service' for her time in the UK Armed Forces as an Air Defence Radar Operator during the Cold War. At the age of just eighteen, she was part of a team that guided fighters to hostile aircraft in British air space. Brenda was also a great athlete and represented the Royal Air Force in swimming and athletics. Read more about Brenda here. 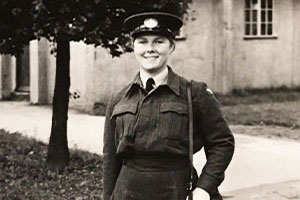 Craig is Maintenance Man at Abbey Grange Care Home in Sheffield, he served in the Royal Navy, joining in November 1986 at the age of seventeen serving seven years until April 1993. He was in anti-submarine warfare and did three Gulf tours, one on the ship HMS Southampton which was involved in a collision in the Straits Hormuz between Iran and Iraq and nearly sank.

Kevin Penny is currently Hospitality Operations Support Manager for the Northern Area with Country Court. Kevin served in the Army as a Chef in the Army Catering Corps for twenty-five years from September 1971 until March 1996. His time in the army took him all over the world from the UK to Germany, Canada, Belize, Kenya, Northern Ireland, Saudi Arabia, Kuwait and Iraq. He as been awarded many medals including GSM and Bar, Gulf War Medal, Long Service and Good Conduct Medal, Saudi Medal and Kuwait Medal. 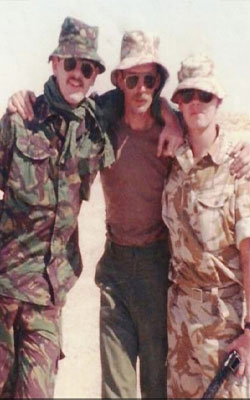 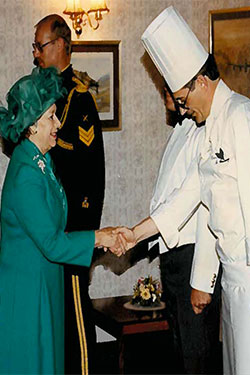 David is Catering Manager at Summer Lane Care & Nursing Home in Weston-Super-Mare, he served as a Chef in the Royal Air Force joining straight from school at the tender age of fifteen in 1970 as an apprentice.

Ivon served in the Royal Air Force as a SAC (senior aircraftman) for twelve years from 22nd Feb 1983 until 28th May 1995. He completed his Basic Training at RAF Swinderby, Trade Training at RAF Hereford and served at RAF Cottesmore (now Kendrew Barracks) just outside of Oakham as well as in Cyprus, the Falkland Islands and Saudi Arabia Blackadder Camp Op Granby during 1990 – 91.

Ivon was awarded the Op Granby Saudi Arabia Campaign Medal and in the second year of his tour at RAF Cottesmore he was part of the team in the Officers Mess that cooked for Her Majesty the Queen. He has plenty of stories to tell but none that would be appropriate for publication! 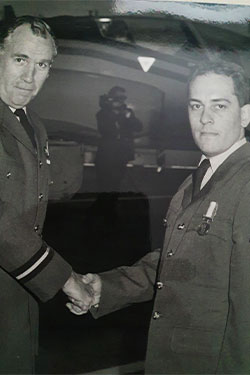 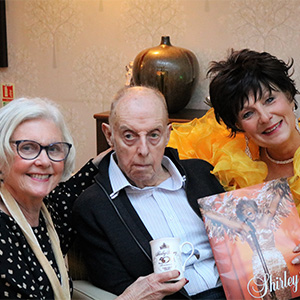